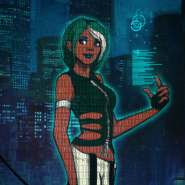 Technobabylon is an adventure quest for iOS, with an exciting storyline. In this game you will be transported to the future in 2087, where the world is controlled by artificial intelligence, which monitors all the inhabitants of the city. This world is very dangerous and cruel, because in Crime thrives in it. The game features many different characters, you You will play each by turns and learn the fate and personality of the hero. Your task will move around the city and look for a hacker who abducts the consciousness of people, and also to stop a conspiracy that threatens people’s lives. Play this game and have fun with great graphics, numerous puzzles and puzzles and an excellent musical component.