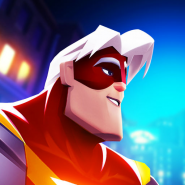 BattleHand Heroes – The name of this game speaks for itself, because you really have to become a real leader of the heroic team. Collect under your head the best heroes of Silver City and fight back evil. Each character in this city has its own personality and certain traits of both character and abilities, combine different characters sending them to complex tasks, and consider all their abilities. Only having reached the maximum balance, you will be able to create an invincible team!