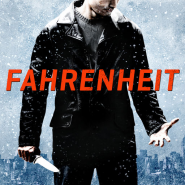 Fahrenheit: Indigo Prophecy Remastered – an interactive novel with a terrible and confusing history. The plot of the game will tell you about a man named Lucas Kane who is tormented by guilt from the fact that he witnessed the murder he committed himself. One winter night Lucas woke up at home and in front of him lay a corpse, and in his hand he had a bloody knife, he did not remember anything, but knew one thing that he would not harm another person. Now he has to solve the sinister riddle and find the murderer. Start your investigation, compare all the facts and evidence, and also interview the witnesses who could see you on that mysterious evening. From what path you go, the end of the game will depend.
Features: