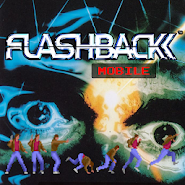 Flashback Mobile – the classic sci-fi game released in 1993 is now available for iOS devices. In this game, one of the first to use rotoscope technology to implement a painted background with animation. Now this game includes modern modes, additional graphic filters and completely updated sound and music. This game will take you to the year 2142 where you will play for the scientist Conrad B. Hart who, in an unknown way, found himself on the distant planet Titan, the colonized moon of Saturn. Now your task will be to explore the dangerous world and fight enemies and kidnappers. Avoid the dangers of this new world and solve the insidious universal conspiracy.