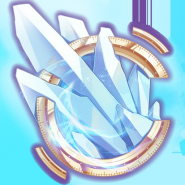 Crystalline Visual Novel is a fantastic visual novel for iOS, where you will create your story. The plot of the game begins with the fact that the protagonist of the game in an unexpected way for himself is in the world of fantasy Terra. This world is filled with magical crystals and soon it meets with Linna and the knight magician who are investigating rumors about the concentration of energy in this area. After a small investigation, it turns out that the energy radiates from the main character and it is not by chance that he finds himself in this world. Travel through the fascinating world of the game and play hundreds of options that allow you to change the plot and interact with the characters more individually.