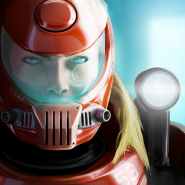 Xenowerk – shooter with a view on top for iOS where you will be alone fight with mutants. In this game, you armed yourself with a flashlight go down into underground laboratory where after an unsuccessful experiment there were huge mutants. Show in practice all your combat and strategic skills and collect The armor and weapons after the humiliated mutants. As the game progresses, get down into the underground levels, where you will be waiting for strong bosses and destroy the nests of mutants to prevent their further distribution. Use in battle with mutants Special forces of the hero, which will allow him to strike with more force. Reflect attacks of terrible mutants and do not let them get out of the laboratory.