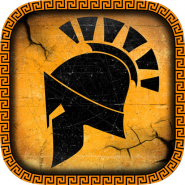 Titan Quest 2018 is a great slash for iOS where you’ll be running a brave hero who alone has decided to defeat all monsters. Send a dangerous and exciting trip and destroy three brothers-telkin, tetanic creatures and monsters who came to earth and took advantage of the deprivation of people of divine power and want to capture the whole world and give it to the Titans. This game is divided into three acts, each of which will take place in different locations such as: Ancient Greece, Ancient Egypt and the Ancient East, and the latter will end on Olympus. Explore the colorful and picturesque locations of the game and destroy the monsters, while developing and strengthening their hero. Levels will go linearly, and monsters and items in chests will be randomly generated.