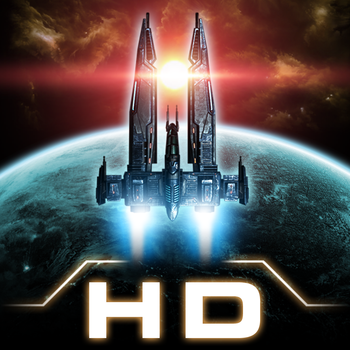 Galaxy on Fire 2 ™ HD is an improved space simulator. Improved resolution, texture and added new effects. The gameplay itself has not changed much, except for entertainment. All the same 20 solar systems, 130 space stations, 30 modernized ships, and a myriad of missions. As for improvements – each ship has textures in the resolution of 2048 * 2048 – scattering, reflection and normal. In general, interesting in itself gameplay, improved graphics and sound quality, all this makes the game very attractive!