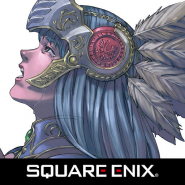 VALKYRIE PROFILE: LENNETH is the RPG for iOS where you will witness the fate of the gods and mortals. In this game, based on Scandinavian mythology with epic fights and an excellent soundtrack, you will control the gods who have descended from heaven searching for the souls of mortals who will help them fight monsters. Travel through picturesque locations and engage in battle with numerous enemies and the strongest bosses. Collect your own unique team and explore Asgard and pump your heroes.