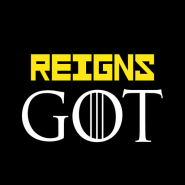 Reigns: Game of Thrones – a game created on the basis of the popular series “Game of Thrones.” In this game in your power will decide which of the applicants is worthy of the iron throne. Following the prophecies of the priestess of Melisandra, sit on the iron throne to Cersei Lannister, John Snow or Daenerys Targaryen. You will plunge into the world of complex intricacies and intrigues and decide who will get the throne of the Seven Kingdoms. Defeat political rivals, raise your flag over the whole world and take power into your own hands. Make the right decisions because the further fate of the Seven Kingdoms will depend on them.