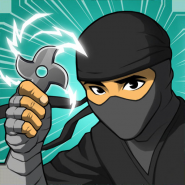 Reign of the Ninja

Reign of the Ninja – a game in which you will play as one of seven ninjas and take part in a tournament. On his 60th anniversary, the emperor of Japan, Hiroshi Ota, decided to arrange a tournament and call the best ninjas for him. In order to gather worthy ninjas, the emperor instructed seven provincial village leaders to select worthy ones. Each participant will represent their village in the tournament and will try to get 100,000 gold coins. Each ninja in the game will have unique combat skills and their weapons. Choose your character that will fit your style of play and start the competition. Each character has a reason to win, learn them all and unlock seven different endings of the game.