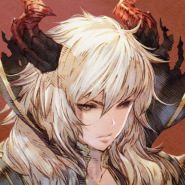 Devil Stone – role-playing game for iOS, where you will help Ficus to take the throne in the underworld. The story of Ficus Sere, heir to the throne of the underworld of the tenth generation of which the king-devil sent to the human world and deprived of power. Now your main task will be to help Ficus find all the fragments of the devil’s stone scattered throughout the continent and return the power and the throne. On his way, our hero meets Aigie John Austin who joined our hero on his difficult journey to the underworld. Uncover a hidden conspiracy against you, fight the king-devil and take your place.