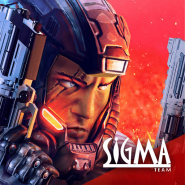 Alien Shooter 2 – The Legend – the second part of the popular game for iOS, which has collected almost all parts of the series. In this game you will manage the main character and help him deal with the mysterious appearance of monsters on the secret base of the Magma Corporation. Take part in the global battle for the survival of humanity. In this game you will meet again with General Baker, engineer Nicholas and genius Professor Kate Lia. In this game, a network mode has been added where you can compete with players from all over the world.