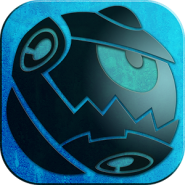 Shadow War: Steam Conflict & ndash; an excellent strategy that can educate you an excellent strategist and talented commander. At each new level, a map will be given, which is captured by the enemies. At the level of several such military fortifications, which you have to subdue. To do this, you need to think carefully about the tactics of the movement of your troops and apply the talent of the great commander. Use different skills, play on two fronts and grab a block of posts one by one until the enemy fully surrenders. Play live players around the world in pvp battles and win.