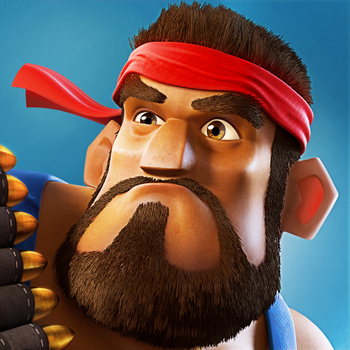 Boom Beach – a strategy for iOS, where you have to take command of the military base and fight with a strong opponent. In this game, your main task will be to land on a remote tropical island and create a military base there. Enter into fierce battles with the local group “Black Guard” which attack foreign territories and rob local residents. Protect your base from the onslaught of the enemy, strengthening it with special defensive structures, and also attack the bases of other players. Explore all the neighborhoods of the tropical island and enter into epic battles with an infinite number of enemies. Discover the magical powers of ancient statues and mysterious crystals.