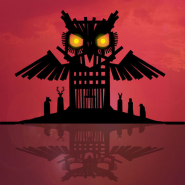 Rusty Lake Paradise is a mystical quest for iOS where you will solve puzzles and release the island from the curse. In this game, the plot of the game begins with a guy named Jakob returning to the paradise island and discovers that his mother is dead, and strange things are happening on the island. He learns that the island is cursed by the ten plagues of Egypt and now your task will be to solve difficult puzzles, participate in mystical rites and try to free the island from the curse. Explore the whole island and try to find the mother’s memories that will help you fulfill your mission. Uncover all the secrets of the island and stop the vicious cycle of terrible events.