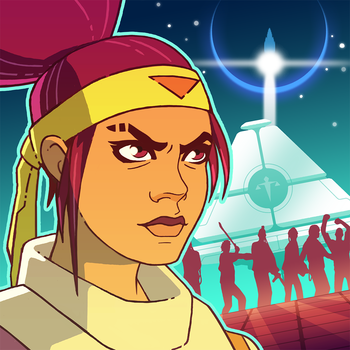 Ticket to Earth – an exciting game for iOS, with tactical turn-based battles. The plot of the game unfolds on a distant planet, where suddenly the whole colony of people has died out and mass uprisings and armed clashes begin. Your task in this game will overcome all the trials and get on the only remaining ship and leave the planet. Take part in tactical battles and fight with numerous opponents, who will not be so easy to win. Pump up your character in the course of the game and give it additional abilities and skills. Fight all the competitors on your place in the ship and defeat the opponents, applying their tactical skills.