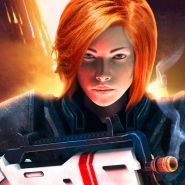 Strike Team Hydra – take under your command a squad of fighters who were called to destroy alien races. In this game, you will travel across an endless galaxy and fight with aggressively-minded alien races. Your squad will consist of well-trained fighters who have unique abilities and abilities, use it in battle and defeat the opponent. Your enemies were created to destroy the human race, do not let them do this by developing their tactics of fighting. Take part in building battles that will take place in different locations and fulfill all the missions of the game.