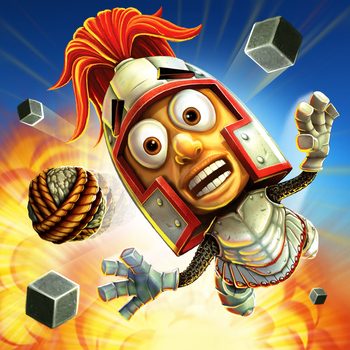 Catapult King – shoot the catapult with cores and get for the destruction as many points as possible. Save the princess and defeat all the enemies that will be in your way. On your way will come across military forts, castles and even fire-breathing dragons. At the beginning of the game you will be given only ordinary cores that can be launched towards the enemy, but then you can purchase various cores of increased destructiveness and other items that can be launched into the enemy. Go through all the levels to earn magic, and then use this function in order to cast various spells on the catapults: power increase, accuracy of shooting and much more.