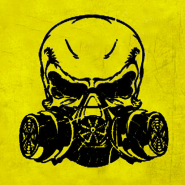 Z.O.N.A Shadow of Lemansk – a post apocalyptic shooter for IOS, whose actions unfold in 2034. The plot of the game begins 20 years after the apocalypse, which hit the Earth and turned it into wastelands. You will manage the main character Sergey, who was born shortly before the apocalypse and did not know another world. The surviving people settled in the radioactive zone of Chernobyl, but all of a sudden came the second apocalypse, which forced people to descend into the abandoned labyrinths of the subway. Explore new locations for yourself and destroy numerous zombies and mutants.