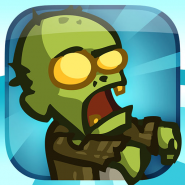 Zombieville USA 2 – The zombie shooter is back with the second part of the insane game of shooting the walking dead. New graphics, new gameplay and new sensations from all the familiar games. Take your character customize it to your needs and advance to kill the zombies! Fight with the undead can be either alone or with friends.