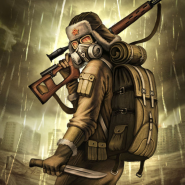 Day R Premium is an exciting game for iOS where you will survive in the nuclear post apocalyptic world. This game will take you back to the distant past in 1985, where an invisible enemy attacked the USSR and in a matter of days, destroyed the whole country by launching nuclear weapons. You are one of the few survivors after a terrible war and now you have to survive in this dangerous and ruined world. Monsters and mutants roam the streets of numerous destroyed cities, as well as bandits that are more dangerous for you. You will also be sick of disease, hunger, fatigue and trauma. Explore the numerous wastelands and get yourself weapons and food. Try to survive in the race with death and not let it defeat you.

Requirements: iOS 8.0 and above