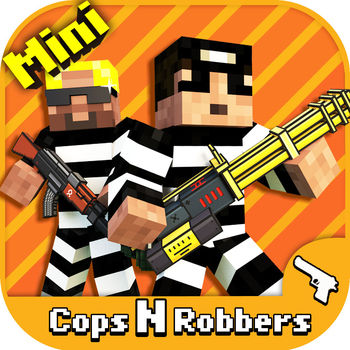 Cops N Robbers (FPS) – an action for iOS, made by the style of Maincraft. In this game you have to survive in extreme conditions moving through the numerous maps and islands of the game. Take the arms in hand and destroy all the enemies that have come to you on the way, while being careful of the return fire. Try your hand at multiplayer mode of the game by entering into battle with numerous players from around the world. In this game you are waiting for numerous maps, a large arsenal of weapons that will be completely at your disposal, as well as convenient and understandable control. Play in multiplayer game mode which supports up to 16 players.