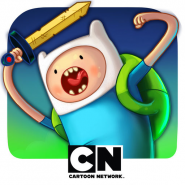 Champions and Challengers – In this game you can type in your own team of both villains and heroes from the incredible Adventure Time universe. Lead your squad to victory by fighting against players from all over the world! Create your own tactics, improve heroes and become the first in the world leaderboard!