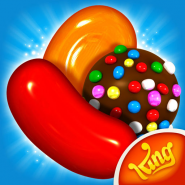 Candy Crush Saga – a sweet arcade game for ios in the genre of three-in-a-row. The essence of the gameplay is known to everyone – we collect the same elements, in this case – sweets, connecting them with a line in a row and they disappear or burst. There are also several modes – a campaign in which many levels of varying complexity, as well as modes such as Jelly, Ingredients or Candy Order, which will also bring a lot of pleasant minutes and wins! As for the features of the game, i.e. In order to profitably distinguish it among other similar, here it is worth noting about unrivaled graphics and visualization. In addition, improve your skills – and compete with your successes with the successes and achievements of your friends.