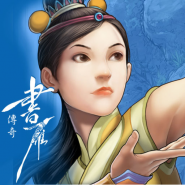 Shuyan Saga is an exciting action game for iOS, where you will help the princess save five kingdoms. The plot of the game unfolds in ancient China, where the warrior came to destroy the dragon settled evil forces. Now our hero has gone on a dangerous journey and threatens the five kingdoms with complete destruction and seizure of territories. In this game you will play the role of a young princess Shuyan, who is tired of palace etiquette, and she becomes a real master of kung fu. Join the battle with the invaders and fight back against all enemies, using numerous and varied techniques in battle. Learn new techniques and travel through five kingdoms, fighting with dark forces.